The Future of Kazakhstan Carbonate Fields

The Future of Kazakhstan Carbonate Fields 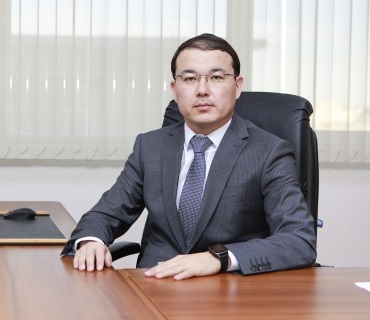 Damir Alibekovich Shyrakbayev, Deputy General Director for Geology and Development of MMG, participated as a speaker.

He pointed out three main areas in his speech:

“The main purpose of the report is to share experience on the rational use of carbonate (satellite) fields in KMG groups of companies. In general, all available fields have hard-to-recover oil and gas reserves,” Damir Shyrakbayev shared.

The speaker gave an overview of the fields in the Mangistau region, where the company currently has 15 fields under active development, seven of them are carbonate fields such as Northern Akkar, Northern Karagiye, Pridorozhnoye, Alatube, Atambai-Sartube, Aschiagar and Oymash. Their total geological reserves are small, but due to their low maturity, they have the potential for further growth compared to other large long-standing fields.

“Within the framework of the Geological Exploration Program, geological reserves of carbonate fields are expected to increase by more than 15.5 million tons of oil by 2025. It is planned to conduct a number of research works to specify the reserves, namely, seismic surveying, seismic data processing, borehole studies and data analysis. As a result, we expect a significant increase of geological/recoverable reserves,” Damir Alibekovich informed.

Particularly, he highlighted the plans for implementing innovative methods of enhanced oil recovery and drew the audience’s attention to the technologies used to develop MMG Carbonate Fields.

Carbon dioxide injection into reservoirs to maintain reservoir pressure is being considered based on international experience in the development of Carbonate Fields. This area is being studied as part of the work on the production decorbonization. In addition, the technology of injecting nitrogen into wells, such as “huff ‘n’ puff,” the drilling capacity of horizontal and multilateral wells, radial drilling on active well stock, and the application of the acidic hydraulic fracturing development method were reviewed.

At the end of his report, the speaker emphasized the importance of paying more attention to conducting research to realize the full potential of carbonate fields in the near future.