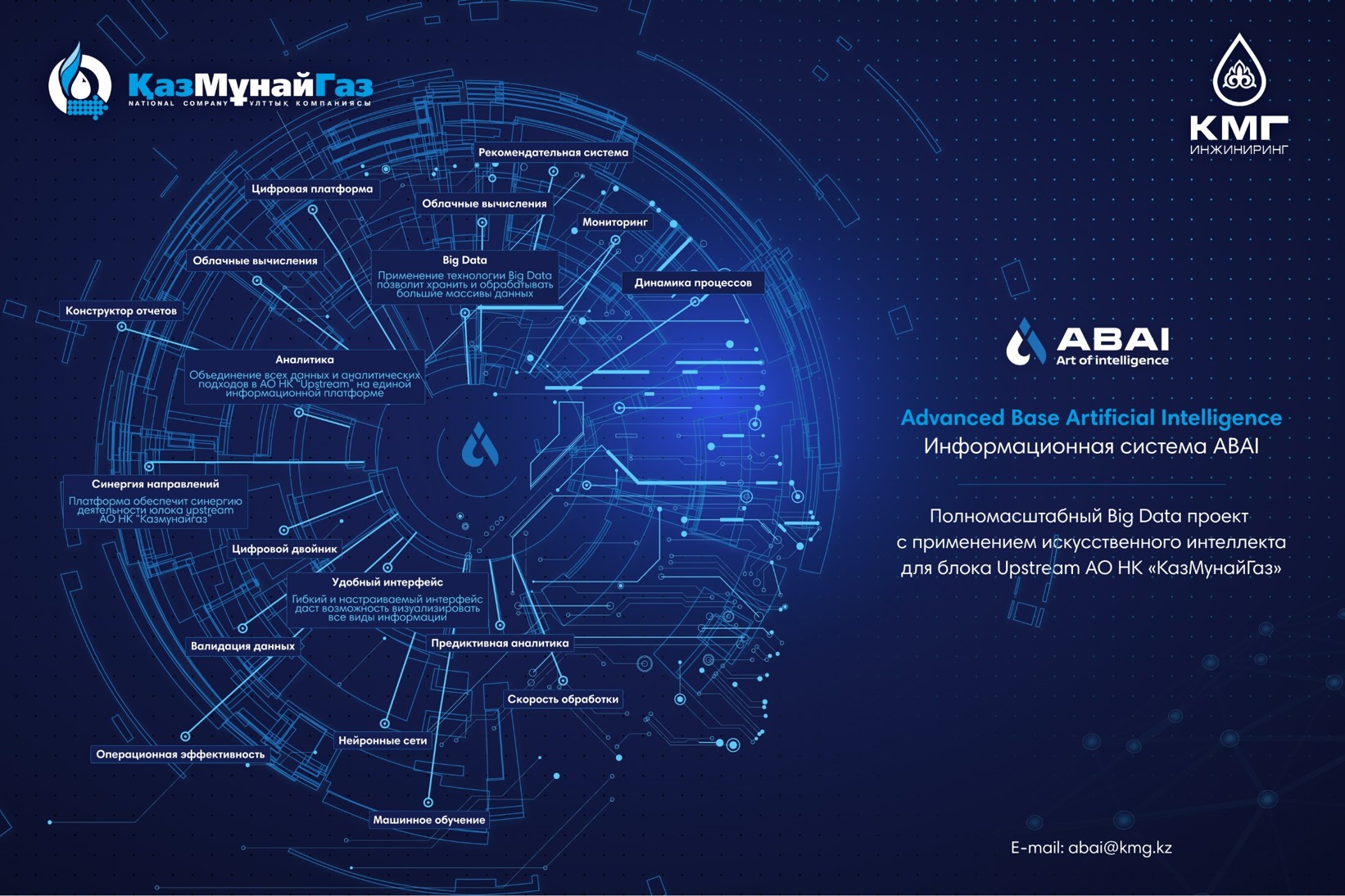 A series of workshops on ABAI Information System modules, implemented in KazMunayGas group of companies, will be held on April 6-8, 2022 in Atyrau within the framework of the “Atyrau Oil and Gas” annual North Caspian Regional Exhibition. The Abai Center (“JasSpace” STEAM-space) will host the event. Representatives from KMG Digital Transformation team will discuss the progress of digitalization of the Oil & Gas sector on the first day before the start of the workshops.

The “ABAI IS Development” project, managed by KMG Engineering LLP, is currently the key project in the KazMunayGas Digital Transformation Program’s portfolio. The ABAI System is a completely digital household product. Data on KMG group exploration and production will be united in it with the possibility to automatically process, analyze and instantly visualize them. This system consists of a number of self-contained modules created using mathematical algorithms, machine learning, and artificial intelligence. Currently, 5 pilot modules have been implemented such as the ABAI Database, Visualization Center, Complication Monitoring, Process Mode, and Depth Pumping Equipment Selection. More than 20 system modules will be built in total, each of which will address a distinct manufacturing issue. In general, the ABAI IS is intended to serve as an industry standard for the digitalization of key exploration and production processes, ranging from exploration and drilling to operations and economic impact analysis. The full adoption of the system is estimated to cut KMG subsidiaries’ operating costs by 2-3%.