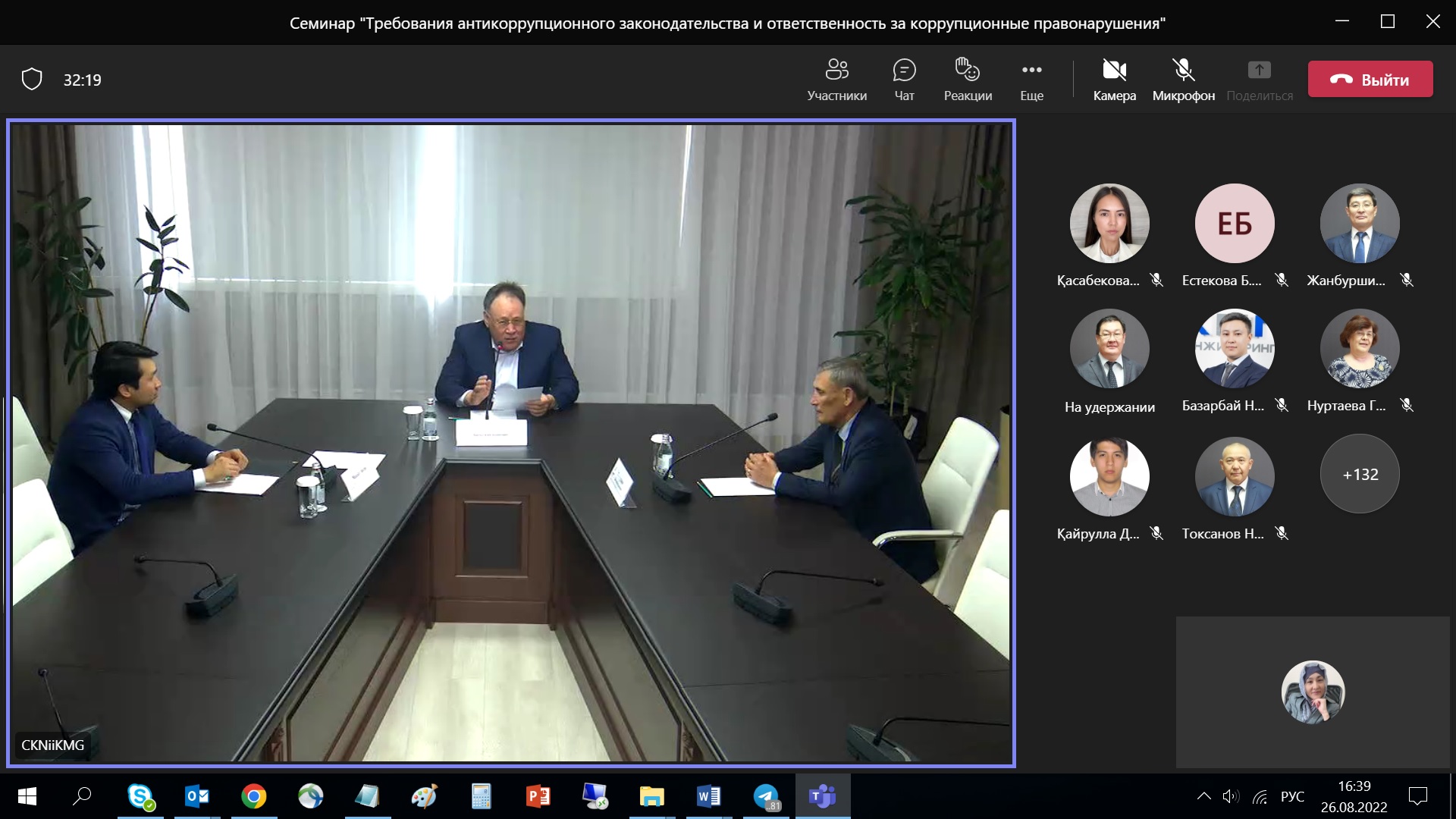 Today, on August 26, the company hosted an online seminar on “Anti-corruption Legislation Requirements and Liability for Corruption Offenses.”

Mamyt Aidos, Officer for Special Cases of the Prevention Department of the Agency for Counteraction to Corruption in Nur-Sultan, Kazakhstan, was the guest speaker. At the seminar the topical issues of anti-corruption and the formation of a culture of anti-corruption were discussed.

The guest described the priorities of the Agency for Counteracting Corruption in his speech.

“We keep developing an anti-corruption culture, which is an integral part of our activities. We necessarily cooperate with public organizations and associations during this work. Moreover, we investigate offenses such as corruption, bribery, fraud, embezzlement, and others. This is fully part of our operative and investigative activities. In addition, our work also includes searching for missing persons who have left or have moved away from our country.”

The Agency representative noted that the other major part of the officers’ job is to bring each criminal offense to its logical conclusion, which is the judicial system.

The concept of anti-corruption policy of Kazakhstan up to 2026, adopted this year, was also discussed at the meeting.

In accordance with this policy document, Kazakhstan today aims at a transition from the routine fight against corruption to a fundamental shift in public consciousness, with the population rejecting all forms of corruption.

Today, the anti-corruption agency has put in place comprehensive measures to improve public services and automate the state apparatus, reducing direct contact between civil servants and citizens and reducing the potential for corruption offenses.