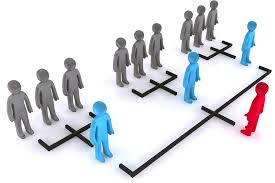 13 employees from the Head Office & Branches have already taken part in the project.

“In 2021, a project on staff rotation between Branches and the Head Office was initiated, with the payment of a relocation package (in case of change of domicile) to colleagues involved in internal relocation. This initiative has no analogues in any KMG Subordinate subsidiaries or in the Head Office.

A total of 13 employees participate in the rotation program: two colleagues from the Head Office, four from the KazNIPImunaigas Branch, and seven from the Atyrau Branch,” reported Zhanna Dzhakupova, head of the Human Resources Management Service.

To clarify, the relocation package comprises compensation for the difference in salary (when transferring to a lower position), an additional payment for moving to a different area, and reimbursement for transportation costs for the employee’s family members as well as rent if necessary (when changing residence).

It surely provides many advantages to project participants, not only in terms of professional and career advancement, information transfer, and the accumulation of diverse experience, but also in terms of revealing their own potential in a new work environment. And the employing company, at its turn, effectively renews personnel, which is important. It trains multifunctional specialists or professionals with a narrow specialization without recruiting additional staff, enhancing communication between the Head Office and its Branches.

Alibek Zhaikanov, First Deputy Director of KazNIPImunaigas Branch for Geology and Development, expressed his opinion about the project:

“I engage in an external rotation as part of the profession. Initially I worked in the Atyrau Branch as the First Deputy Director of the Branch for Geology and Development, as part of the rotation I transferred to the KazNIPImunaigas Branch, again as the First Deputy Director of the KazNIPImunaigas Branch. I believe the rotation allowed me to extend my horizons and become familiar with the specifics and difficulties that all KMG subordinate subsidiaries face. The ability to get to know the subsoil user’s workers personally is a significant benefit of the relocation.”

For the past two years, Alibek Berikkaliyevich has been working in the Atyrau Branch on issues of control over contractual responsibilities and managerial tasks. In particular, the Branch’s scope of activity on large projects (NCOC, KPO, TCO); familiarization with the peculiarities of NIPI and fields monitored by NDO (EMG, KGM, KOA, KTM, UO + NCOC, TCO, KPO); and a large number of small fields with which close communication was established.

Since his transfer to KazNIPI in September, the colleague has continued to work on the research of the fields – three major fields of specific fields, but only three NDO, as well as a number of other concerns.

Altynbek Mardanov, First Deputy Director of the Branch for Geology and Development:

“The rotation program allowed to achieve certain progress in the development of science and policy of KazMunayGas NC JSC, in the KMG Engineering Atyrau branch.

For myself, I have stressed strategic thinking, branch planning, and the interaction of KazMunayGas NC subsidiaries with each other and with the scientific institute.The rotation program, I believe, provides an opportunity to widen perspectives, gain new skills, and achieve full potential.”

Ainur Assylbayeva, an engineer of the KazNIPImunaigas Branch Geology and Geological Exploration Service, one of the first rotation project participants, believes that the project is an excellent opportunity to expand horizons and professional development:

“I took a rotation offer in the Geology and Exploration Service, specifically in the reserves calculation department, where I have greater expertise and knowledge. During my work in this department, I discovered a new career path for myself. The project required me to become responsible for and complete the research of sedimentological analysis on the core data of the Kalamkas deposit. We completed all of the tasks successfully, and we are currently working on the next similar project, although in a different field.”

Bauyrzhan Igilmanov participated in the circular rotation. He is a Senior Engineer of the Geological Modeling Service of KazNIPI and described the Program as follows:

“We need to continue to develop the project. Participation in the rotation served as a springboard for personal development in the professional axis of my work. I simply had a theoretical understanding of modeling and needed to put it into practice. Although the core of the task stays the same, I gained a lot of experience in data analysis through 3D modeling.”

Rotation – systematic and planned relocation of company employees with a change or within the same profession.

The rotation purpose – to acquire new production and management experience, cost optimization for finding, attracting and retaining an employee, raising awareness, evaluation of business and personal qualities of the employee, revealing their strengths and weaknesses in order to further enhance their career, filling vacant positions.

Rotation of Employees is carried out as follows:

The following options can be used as part of the above two types of rotation:

For unfilled jobs or the duties of a temporarily absent Employee, the rotation plan comprises circular, irreversible, and reshuffle.